Posted on May 20, 2019
Guppy is an oviparous fish. Strong fertility, sexual maturity, juveniles will enter the mature period after 3-4 months of feeding will be able to reproduce offspring, sexual maturity sooner or later and the water temperature, feeding conditions are closely related.
When breeding guppies, choose a larger aquarium and keep the water temperature at 26 degrees Celsius. pH 6.8-7.4, at the same time to a variety of some plants, then 1 male and 4 females to prevent the entry of fish. After the fish became estrus, the abdomen of the female fish was gradually enlarged and there was a black fetal spot. The male fish did not shortly chase the female fish. When the male fish was inserted into the female fish's excretory hole, the sperm was excreted and fertilized in vivo. When the female's fetal spot becomes large and black, and the anus protrudes, it can be fished into another aquarium to be produced.
After the female has given birth, remove it immediately to avoid eating larvae. Or the plastic sheet is surrounded by a funnel-shaped separating wall and penetrates into the water. The larvae will be placed in the hopper so that the larvae will fall into the water outside the funnel from the hollow under the funnel and the fins will not be able to eat the larvae.
The guppies are born once a month, depending on the size of the female fish, they can produce 10-80 larvae each time. The amount of calves produced in a year is quite large, so it is called "million fish." When breeding, it should be noted that no more than three generations of fish should be kept in the same litter, so as to avoid continuous inbreeding and breed degeneration, so that the fish of the offspring becomes smaller and smaller, and the caudal fins become shorter. It is advisable to introduce a purposeful distant hybridization of the same species of fish in order to prevent the degradation of sub-species and achieve the purpose of improving the variety. However, the life of guppies is very short, generally only 2-3 years.

The top black wolfberry generally refers to black wolfberry over 0.6 centimeters. Wild black wolfberry is so large that it is very few, less than 1/10. The anthocyanin content is high and the size of peanut is so large that it can also be eaten.
Chaidamu black wolfberry, multiple spunlash shrubs, growing in the desert area of 2600 meters to 3000 meters above sea level, has the reputation of "a treasure basin" in the Qaidam Basin of Qinghai, where the altitude is high, the climate is dry, the ecological environment is clean and pollution-free. The unique natural environment has created the unique nutritional value of black wolfberry.
Anti aging, improve sleep: anti aging is one of the most important effects of black wolfberry, a large number of anthocyanins can be a good antioxidant, the elimination of human free radicals, has a significant anti aging effect. Anthocyanins can penetrate the blood-brain barrier, protect brain neurons from oxidation, stabilize brain tissue, and protect the brain from harmful chemicals and toxins. After eating anthocyanins in black wolfberry, the quality of sleep can be significantly improved. 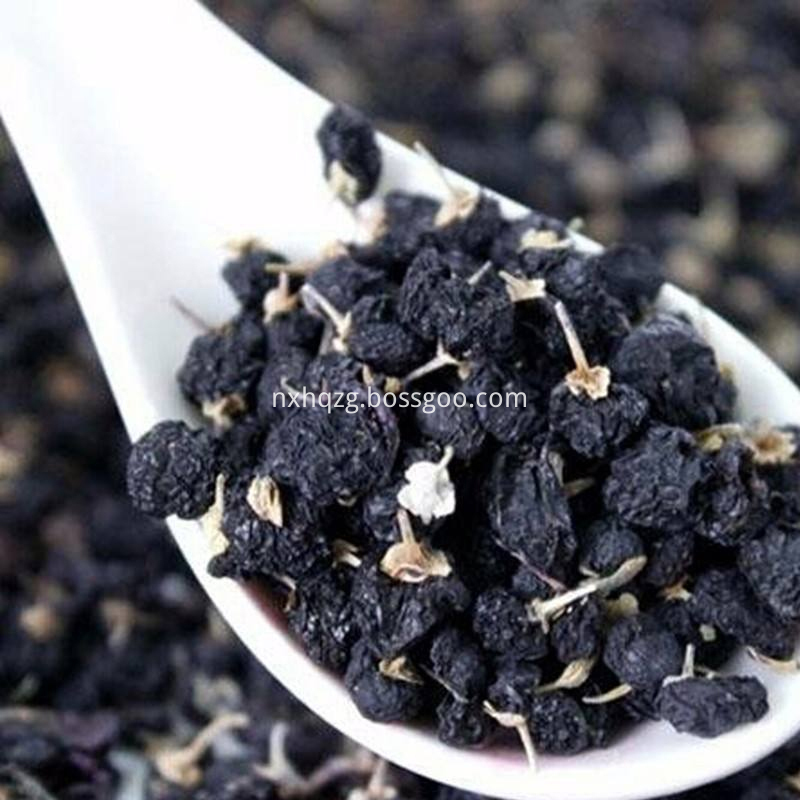 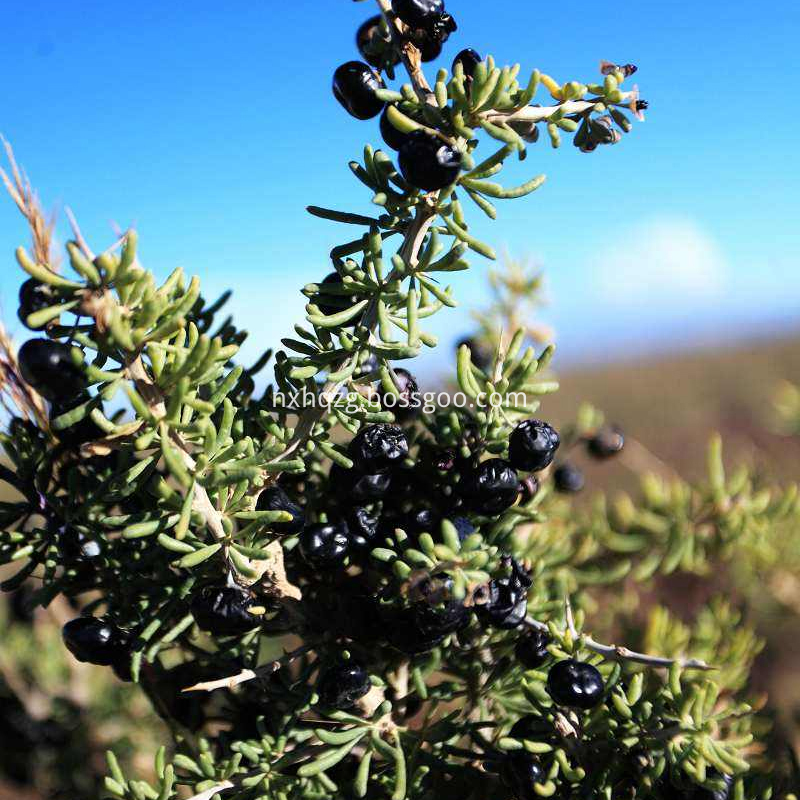